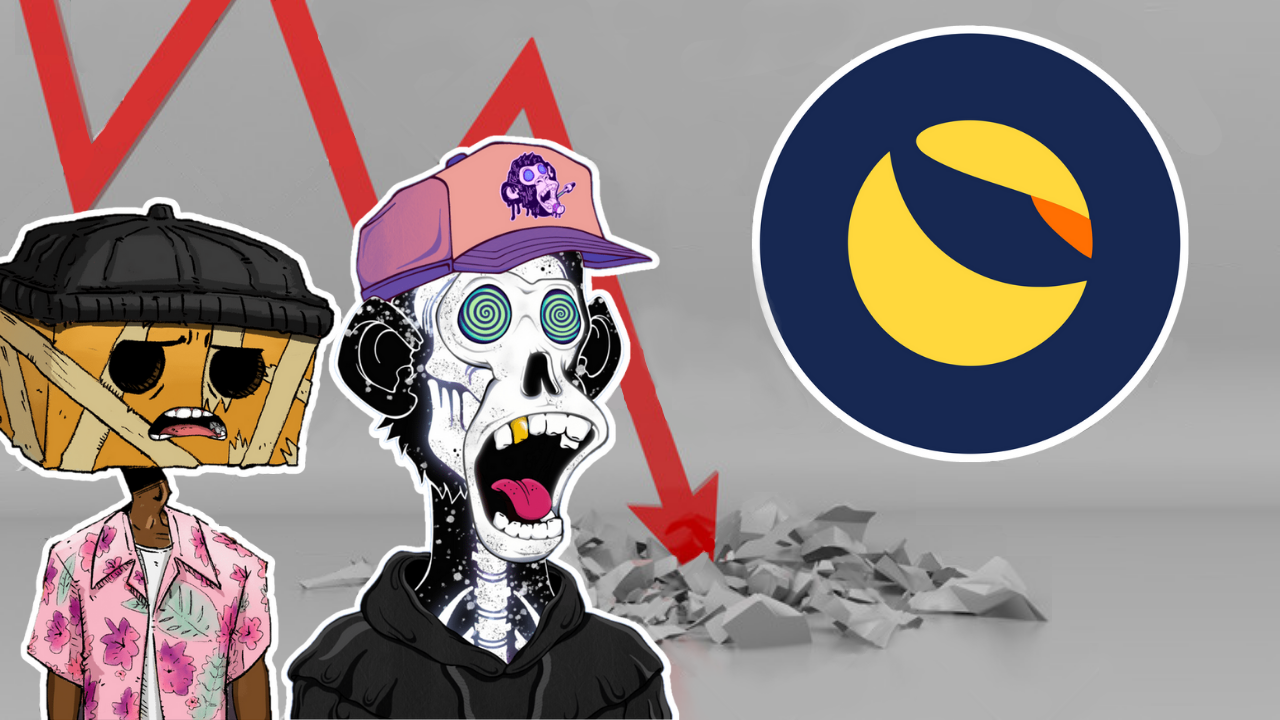 Did you know that since the Covid Pandemic started, the NFT sales reached up to $17.5 billion from­­­ $82.5 million? That’s almost 200x, and those were massive gains that made people millionaires in a day. But in crypto, everything could burst like a bubble, like what happened to the Luna token. And these are the most notable effects of this recent major crypto crash.

This is not financial advice and is for educational purposes only; these are based on our own personal opinion.

Well, at the end of this article, you’ll discover how you could instead take advantage of this terrible event. So, enough words, let’s dive in.

The Luna token has been one of the top cryptocurrencies for a long time. That’s why people were quite confident that there was no way it could go wrong. It was until its value suddenly plummeted and sent the entire crypto space into turmoil. When Luna’s market value suddenly dropped to $840 million from over $20 billion, massive waves soon followed.

The recession of LUNA Token

A massive volume of Bitcoin was dumped into trading exchanges. Yes, by trying to salvage the failing Luna, the company behind it dumped their huge reserves of BTC, which caused the primary crypto token a massive dip in value. This immediately caused people to panic, and several high-tier NFT collections experienced an almost 20-50% drop in floor price.

READ MORE: NFTs for BEGINNERS Part 2 – How to Value Each Type of NFT?

A lot of traders got liquidated. When the crash happened, many traders who slept as millionaires suddenly woke up penniless. And losing more than half of a portfolio was still considered lucky. Since getting liquidated means that an exchange would seize all your assets, the Luna crash made that happen. But did you know that some traders even committed suicide?

How NFT Market affected by the Luna crash?

The already bearish market even became worst. In fact, the NFT space was already having a hard time dealing with the consistent drop in the value of BTC. Since most NFT’s value is tied up to their price. And people were starting to be worried about investing with NFTs causing the market to be in a dire state. Because if there’s no want to buy, then the only way to solve it was people would try to sell their NFTs cheaper. And this overall mood is not helping the NFT space. So, when the Luna crashed, some NFT projects were abandoned, and worst there were even cases where the team behind chose to rugged their project.

With all the crazy things happening in the NFT space, rather than spreading more fear and panic, some took this crisis as an opportunity. Well, why not? During the massive dip in crypto, you could actually start buying tokens that suddenly become cheaper. Since that’s how it always works in the crypto space, “Always buy low, sell high.” And in case you’re portfolio was all red and almost lost half of its value, you could actually take a time-off in NFT space and spend more time with your family.

Since if you’re confident in the NFT project, you’re invested in, then surely it would soon bounce back once the turmoil settles. And, of course, the way the market turned out showed which NFT project you should double down with. This means only strong and blue-chip projects would survive the dip. And it’s the best time to invest in this project that only loses a value in floor price, but not its utility.

READ MORE: NFTs for BEGINNERS Part 2 – How to Value Each Type of NFT?