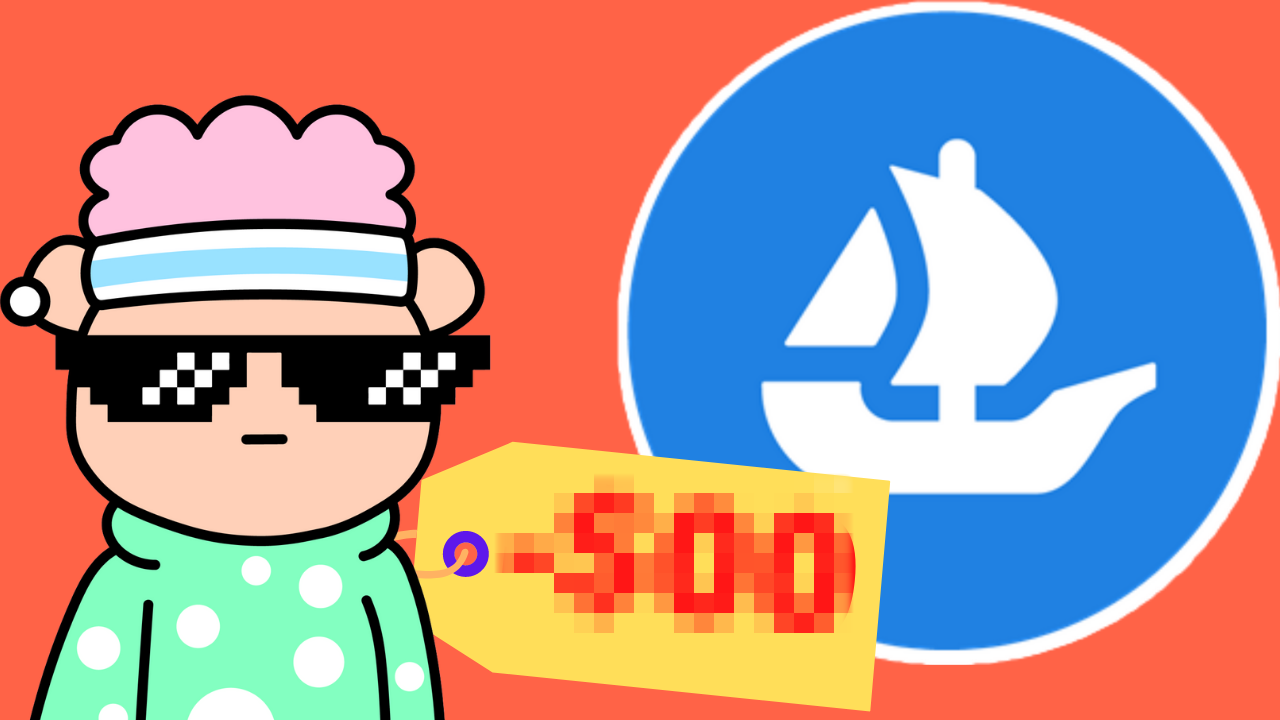 So, after setting up MetaMask, buying our first NFT, then finally selling one for the first tim. We’ve somehow reached our turning point in our OpenSea journey. And we’ve got to share some of the good and the bad that we’ve encountered. Just before we got into that, we’ve got a disclaimer.

We are not financial advisors. The content on this video is for educational purposes only and merely cites our own personal opinions.

Well, after watching this article, you’ll discover if, this time around, we’ve made a profit or incurred losses. Moreover, we’ll tell you about a possible Rug Pull NFT that we’ve encountered. Then, without further delays, let’s get started.

Just a recap, we’ve invested 20$ worth of WETH during our initial week to buy our first NFTs. And we bought two, then eventually sold two. Then, the following week after, we invested another 20$ worth of WETH. And so, with that, we tried looking for another possible good project, and this is what we stumbled upon. Before we continue. Did you know that the “Okay Bears,” which was minted for 150$, is now sitting at a floor price of 10,000$? It even made headlines around the world. So, with the right choice, diligent research, and probably luck, earning in NFT is achievable.

Reinvesting in another NFT Project

Then in our case, we’ve got around more or less 15$ from the initial week since we resold our REVVracing NFT. But what happened is that although we tried selling those NFTs for a slightly higher price, that’s no way enough to cover the fees. And with that, we’ve got around 34$ liquid fund that we can use to buy at least 6 NFTs that are worth 5$ each. So, that’s what we actually did. The only problem left is which NFT project we are supposed to invest in.

So, the reason why we’ve mentioned the “Okay Bears” is that we’ve found “Boodle Bears.” Which we believe to be catchy and have the potential to x2 or x5. Then with the art, it’s really cute and somehow a derivative from another successful NFT project, “Doodles.” Generally aside from its looks, we’ve chosen this because it got a good volume of transactions on its first day in OpenSea. Many are APING into this project, and somehow, it’s quite becoming viral within the 5$ range NFTs. So, with our guns loaded, we’re ready to snipe.

Filtering NFT in the Project

We check out the NFTs that have an extreme rarity. So we’ve spent hours checking which Boodle Bear was not yet bought and had the combination of very rare traits. In OpenSea, you could do this by navigating on the left side. There, you’ll see the “Filter” settings. And listed below are the traits of each NFT in that collection that you’re checking.

You can see exactly how many are listed per trait, and you can click a particular trait, for example, “Background.” If you scroll down, you’ll see different backgrounds and how many in that collection had it. So, if you put a check in particular “Background ” like “Gold Space,” every NFT in this collection that had that will show up. And you can do the same thing to the other traits and look for the rarest of the rarest in the collection. You’ll need to spend some time messing up with the “Filter” settings just to find good-looking and rare NFTs, all with other people doing the same thing.

Eventually, we’ve got exactly 6, and that has completed our goal so far. What we did next was try making a profit out of it. And this became our turning point. The next day, this is what happened. Though “BoodleBears” is increasing in volume of transactions, which is always a good sign for an NFT project. However, we’ve noticed that it only had 1000 NFTS in its collection during its launch, but the day after that, it became 1500. Sadly, just the day after that again it increased to 2000. And this is one of the bad things we’ve encountered.

We learned. never invest in an unverified project, regardless of how cheap the NFTs are. Also, It’s always better to be safe than sorry, so given that the “Boodle Bears” is a rug pull, be ready to cut your losses and exit ASAP than to lose more. It’s expected that we did not make a profit, but in the NFT that we’ve sold for 6$, we managed to cover the fees, and it’s already a small success.